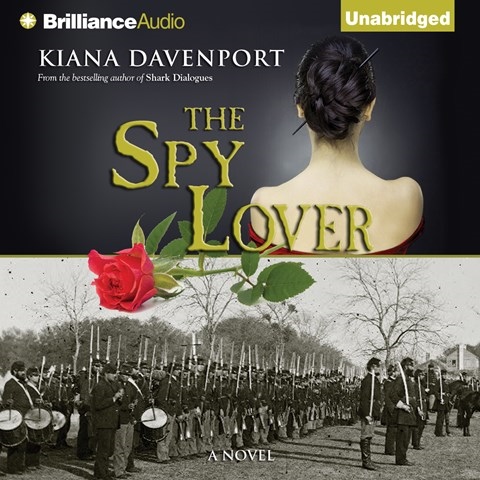 The horrors of the American Civil War didn't end on the battlefield but continued in the field hospitals and prisoner-of-war camps and were avenged upon civilians of both sides. Todd Haberkorn's affecting performance of the story of Union solider Johnny Tom, Confederate cavalryman Warren Petticomb, and nurse/spy Era Tom, the girl they both love, is packed with emotion. Listeners' understanding of how the characters are indelibly changed by war is enhanced by Haberkorn’s delivery; for example, he makes a fluid transition from Warren's initial enthusiasm to a haunted emptiness, which is demonstrated by slowly morphing a confident boyish tone into the gritty, weary voice of a veteran. Haberkorn's respectful Chinese accent and light Southern inflections remain consistent whether conveying fear on the battlefield or brief moments of joy. C.B.L. Winner of AudioFile Earphones Award © AudioFile 2012, Portland, Maine [Published: SEPTEMBER 2012]