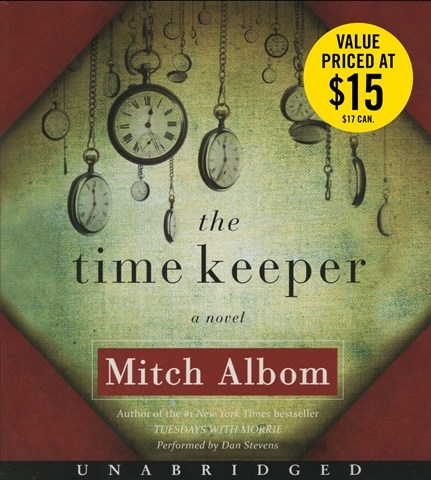 This fable successfully places one foot in the tradition of Aesop and the other in the fast-paced modern sketches that dominate today's bestselling fiction. The latest book by Mitch Albom tackles one of the biggest issues in modern society—how best to spend your time. Narrator Dan Stevens portrays the whimsical characters with equal gravitas and verisimilitude. His leisurely pace and careful enunciation allow the listener's imagination to easily fill in the shading intended by the author. Stevens shifts smoothly between accents, crisp and clean British and the casual American. His inflection is spot-on, and he delivers the evocative and emotional story with aplomb. R.O. Winner of AudioFile Earphones Award © AudioFile 2012, Portland, Maine [Published: SEPTEMBER 2012]