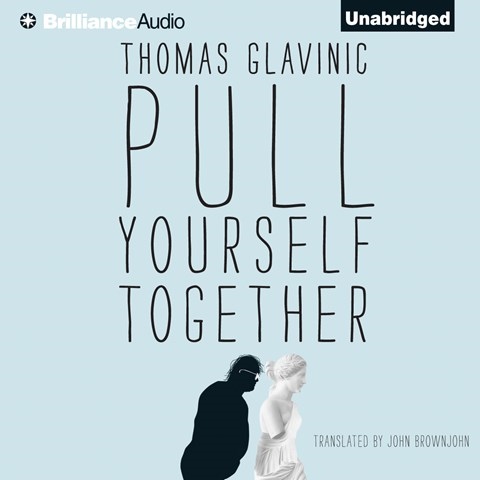 This coming-of-age story is told in the second person, a point of view that could be a listening challenge, but narrator Todd Haberkorn keeps the listener focused. Haberkorn is energetic and lively as hapless Charlie Colostrum, who's overweight and cursed with acne. He also has a fierce, alcoholic mother and few friends. Thankfully, Charlie has Aunt Ernestine, who's zestfully portrayed by Haberkorn as warm, accepting, and generous to her unfortunate nephew. As the protagonist of the story, Charlie frequently adds "Notes to Self," in which he shares things he's learned or observed, and Haberkorn adds these seamlessly. S.G.B. © AudioFile 2013, Portland, Maine [Published: FEBRUARY 2013]