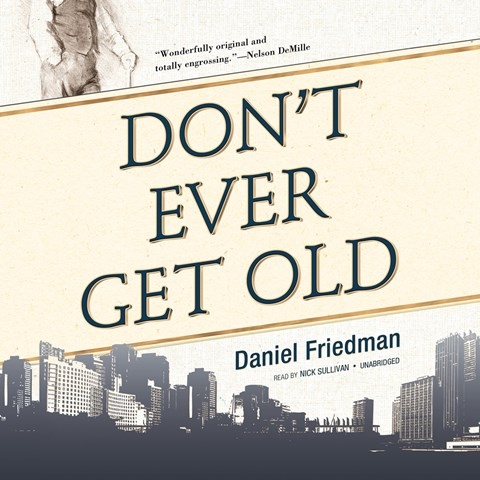 DON'T EVER GET OLD

Here’s a twist on the mystery genre: An 88-year-old ex-homicide detective tracks down Nazi gold so that he and his wife can afford in-home nursing care. Oh, and our chain-smoking octogenarian may have a touch of dementia—AND is being chased by a knife-wielding serial killer. Narrator Nick Sullivan employs a comic noir persona (similar to the one he popularized in Jonathan Lethem’s GUN, WITH OCCASIONAL MUSIC) and in doing so, reinvents this cozy mystery as a cartoonish grumpy-grandpa tale. This narrative choice neuters the emotional core of the book—the old man’s sadness over aging and the death of his son—but it also enlivens the narrative and may make the story more palatable for younger listeners. R.W.S. © AudioFile 2012, Portland, Maine [Published: OCTOBER 2012]