Home»Reviews»BY STONE, BY BLADE, BY FIRE 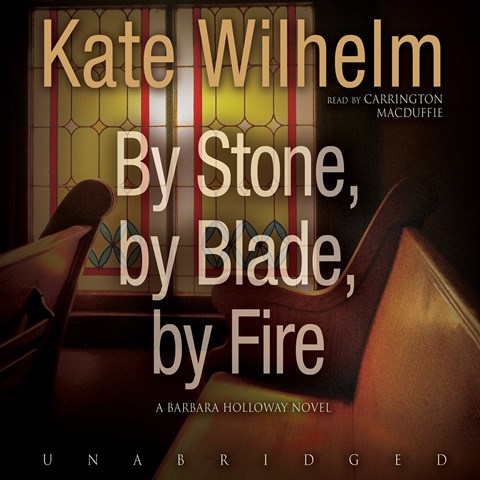 BY STONE, BY BLADE, BY FIRE

This latest Barbara Holloway mystery is about an open-and-shut case against Travis Morgan, who walked into his father's house and shot the man at his desk, his father’s bookkeeper, in front of two witnesses. However, Travis swears he’s innocent, and Barbara, a criminal attorney, believes him. Carrington MacDuffie gives a terrific performance, especially in portraying Barbara. Her male voices are also distinctive and consistently maintained. As Barbara digs deeper, she uncovers a complex web of religious fervor, money, greed, and even insanity. MacDuffie’s expressive, assured reading of the dramatic courtroom scenes is spellbinding, and her overall companionable style illuminates the characters and events of this involving mystery. S.C.A. © AudioFile 2013, Portland, Maine [Published: APRIL 2013]