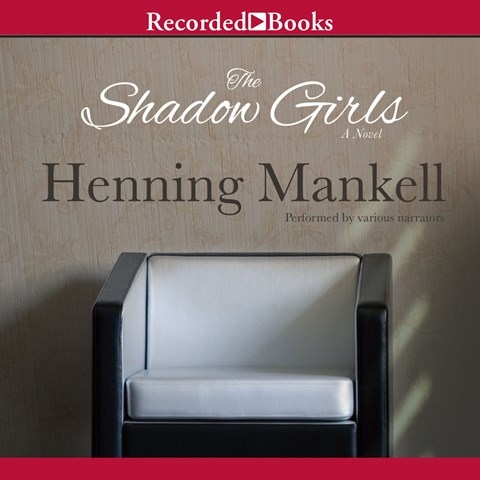 This book and production is an interesting failure. Award-winning crime writer Henning Mankell attempts to marry a black comedy about a dislikable poet who is being pressed to write crime novels, which he thinks beneath him, and a very different book about three young refugee women who long to tell their stories but cannot. Henry Strozier narrates and portrays the poet Humlin admirably, but you’ll be disappointed when you realize no one is going to kill him. The stories of the three women—one Iranian, one African, and one from the former USSR—are told by three skillful actresses who, however, make no attempt to make them culturally specific or to convey the emotional reality of their desperation and alienation in Sweden. Odd choices. B.G. © AudioFile 2013, Portland, Maine [Published: MARCH 2013]