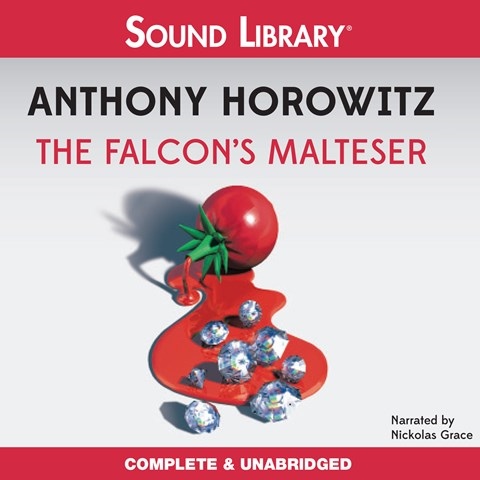 This audiobook combines the intensity of a film noir--specifically, Dashiell Hammett's MALTESE FALCON--and the humor of a screwball comedy. Nick Diamond is only 13, but he's miles away smarter than his big brother, Tim, a private investigator. After Tim is hired by a mysterious man to guard a box of maltesers (malted milk candies), every criminal in Britain starts hunting the brothers. Nickolas Grace narrates with a wonderful sly tone that lets listeners in on the Monty Python-esque jokes. His characters are delightful--quirky, animated voices recall the best of 1940s cinema. Horowitz writes as though the story were a collaboration of John Huston and Billy Wilder, and Grace's performance is pure joy. G.D. Winner of AudioFile Earphones Award © AudioFile 2013, Portland, Maine [Published: FEBRUARY 2013]