Home»Reviews»I HEAR THE SIRENS IN THE STREET 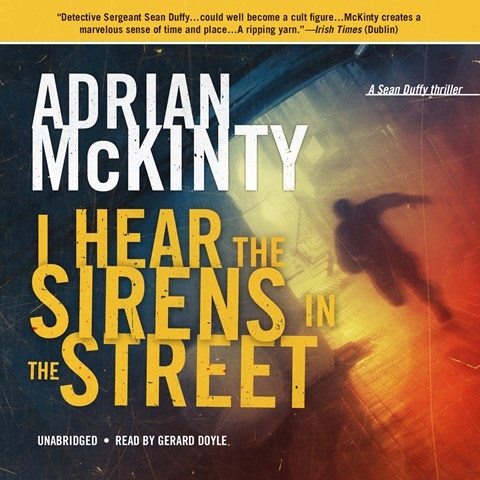 I HEAR THE SIRENS IN THE STREET Detective Sean Duffy Novel - The Troubles Trilogy, Book 2

This classic police procedural is set in 1982, the fourteenth year of “the Troubles” in Northern Ireland. John DeLorean is building cars in Belfast, the Argentine junta has occupied the Falkland Islands, and Detective Inspector Sean Duffy finds a dismembered body in a suitcase. This is the second of McKinty's “Troubles trilogy”—in which he brings one of the most conflict-filled periods in recent history alive. Gerard Doyle does a wonderful job with the ineffable accents of Northern Ireland and the rhythm of its dialogue. Doyle’s narration is clear, well paced, and consistent. It perfectly matches the rising darkness that seems to surround Duffy as he searches for a killer. F.C. © AudioFile 2013, Portland, Maine [Published: JULY 2013]