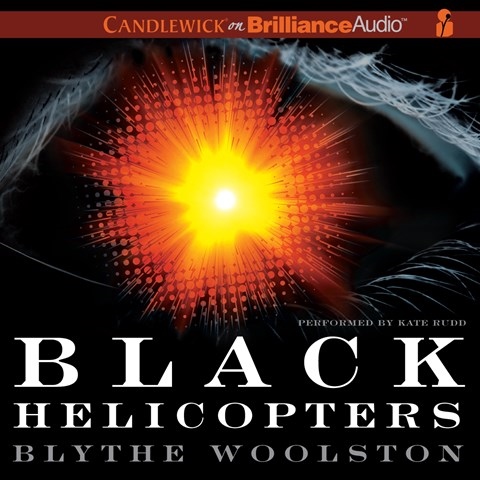 With a stiff speech pattern and a flat affect to her voice, narrator Kate Rudd draws listeners into this chilling story of teens and terrorism. Valley and her older brother, Bo, have been taught to distrust conventional society, especially the government, which they believe is responsible for the death of their mother. When their father goes missing, Valley and Bo join others who are living off the grid and plotting ways to bring the world to its knees. Rudd’s stark delivery perfectly captures Valley’s twisted worldview and makes the teen’s gruesome determination to have an impact shocking. Rudd clearly navigates the alternating time sequences, making this terrifying story seem all too believable. S.G. Winner of AudioFile Earphones Award © AudioFile 2014, Portland, Maine [Published: MARCH 2014]