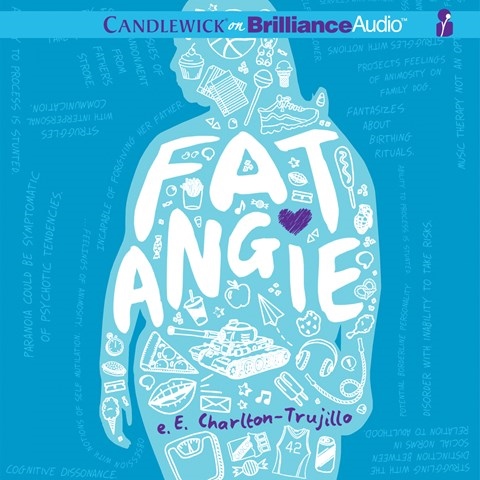 Narrator Angela Dawe adds a snappy tone to this fast-paced story, providing a spicy backdrop for the painful experiences of Fat Angie. Angie, mocked and bullied by peers, has recently learned that her soldier sister, the only one who seems to understand her, has been captured in Afghanistan. Now, Angie is facing the fallout from her response to that development--a failed, very public, very bloody suicide attempt. Dawe builds the listener's compassion by rounding out the the cast with portraits of Angie's sarcastic younger brother; her belittling mother; and a new student, sassy KC Romance. KC, who is drawn to Angie and defends her when needed, is a catalyst for the heroine's changes. Angie considers being "gay-girl gay," discovers she shares her sister's gift for basketball, and loses weight, ultimately finding herself. S.W. © AudioFile 2016, Portland, Maine [Published: FEBRUARY 2016]