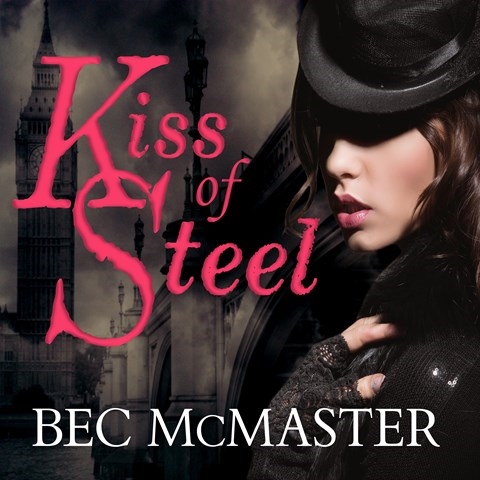 Alison Larkin’s performance is terrific in this steampunk adventure. Honoria’s scientist father died and left their small family destitute and unprotected. In the steampunk version of London where they live, only the very dangerous, slightly otherworldly gangster Blade can keep them safe. Honoria does not want to be indebted to such a bad boy, but then sparks fly. Larkin gives good girls upper-class British accents and bad guys Cockney growls. While the love story does turn steamy, it never becomes embarrassing. Larkin brings life to the multiple tough guys in Blade’s street gang and gives Honoria and her sister, only a few years apart in age, familial sounding yet unique voices. Steampunk, romance, and paranormal fans will all thrill to listen. G.D. © AudioFile 2014, Portland, Maine [Published: FEBRUARY 2014]