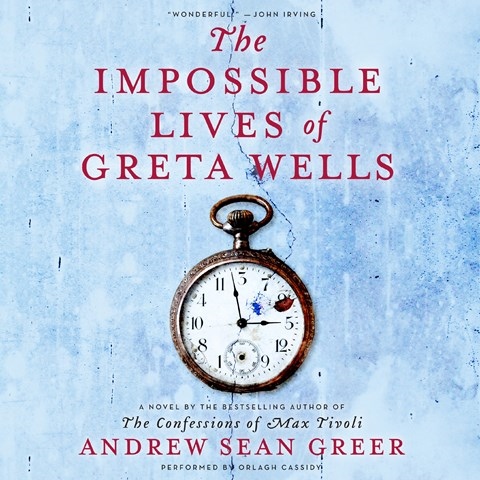 THE IMPOSSIBLE LIVES OF GRETA WELLS

Greta Wells, impaired by grief over her twin brother's death, seeks electroshock therapy as a last resort. Through time travel, each shock treatment causes her to switch places with the Gretas of 1918, 1941, and the present (which is 1985). Narrator Orlagh Cassidy keeps the listener engaged throughout the frequent character switches and the sometimes confusing scenes of time travel. Her subtle narration brings out the beauty of the elegant prose, creating vivid pictures of New York in the three time periods. Cassidy's understated yet emotional character voices complement the story's overall feeling of despair and, later, hope. Listeners will be eager to discover which time period Greta will choose to remain in once the shock therapy is complete. M.M.G. © AudioFile 2013, Portland, Maine [Published: AUGUST 2013]