Home»Reviews»THE BOYS IN THE BOAT 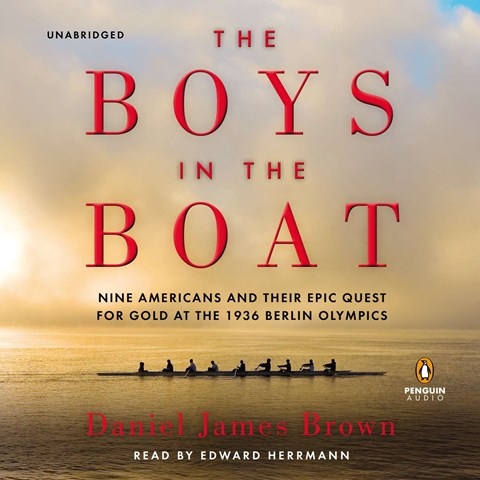 When you have an author who writes with enthusiasm about a topic as arcane as competitive rowing and a narrator of the caliber of Edward Herrmann, the result is a fun and compelling work. There’s action and drama, particularly when the story moves to the 1936 Berlin Olympics and the American crew’s unexpected but well-earned gold medal. But it’s in the details of the sport itself—the equipment, the training, the personal commitment of the crew members—that both author and narrator especially shine. Herrmann’s tone is steady yet conversational. The book itself reads like an extended magazine profile, and Herrmann’s pace exactly matches the writing. R.C.G. Winner of AudioFile Earphones Award © AudioFile 2013, Portland, Maine [Published: JULY 2013]