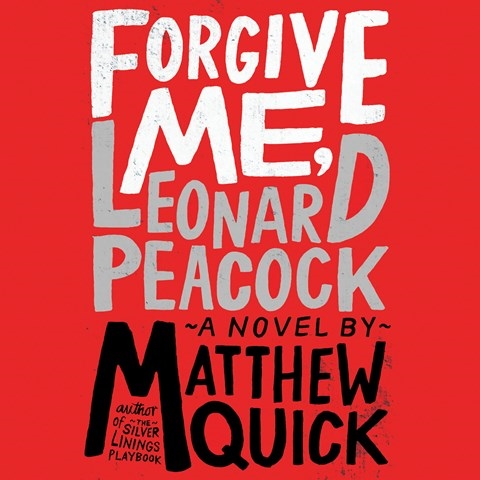 Leonard Peacock is a complicated character, and narrator Noah Galvin quickly conveys his disturbing emotions. On his eighteenth birthday, a day his mother forgets to remember, Leonard plans to kill his former best friend and then himself. There’s drama in the situation, and Galvin portrays Leonard’s quick changes from hot, vengeful anger to cold, sarcastic distance as well as his flashes of longing and sadness. As Leonard delivers gifts to four people who improved his “worthless” life, Galvin marks Leonard’s mix of self-loathing, tenderness, and regret. Galvin’s success is in unifying the many facets of the book. He integrates the narrative and footnotes seamlessly, and, more importantly, he connects the many feelings and tones into a powerful whole with a haunting ending. S.W. 2014 Audies Finalist, SYNC 2014 © AudioFile 2014, Portland, Maine [Published: FEBRUARY 2014]