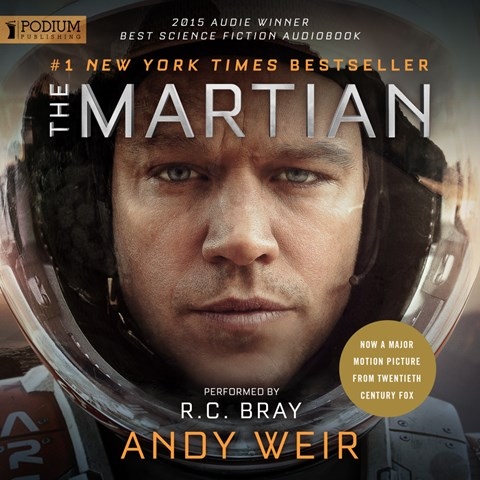 You may think you’re having a bad day, but it’s nothing compared to Mark Watney’s. As voiced by R.C. Bray, Watney, an acerbic, wisecracking astronaut, finds himself a modern-day Robinson Crusoe when he’s stranded on Mars. After seeing Watney get skewered by a communications antenna during a sandstorm, his crewmates on Ares 3 abort their mission and flee, figuring him dead. Now Watney has to find a way to stay alive until the next Ares mission comes along in three years. Bray’s conversational style animates the astronaut’s log entries as well as the multinational group of space agency staff and Ares 3 crew members working to rescue Watney. THE MARTIAN is a crackling, often humorous, listen. D.E.M. 2015 Audies Winner © AudioFile 2013, Portland, Maine [Published: SEPTEMBER 2013]