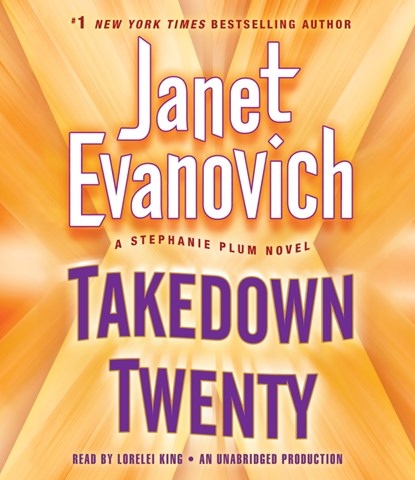 What do the New Jersey Mob, Bingo, and giraffes have in common? Stephanie Plum and crew. Narrator Lorelei King performs the latest zany antics of Stephanie, Lula, and Connie, along with some sizzling smooches from Morelli and the ever hot Ranger. As Plum goes after the bail-jumping Uncle Sunny, a mobster who is Morelli’s godfather, King’s performance kicks into high gear, switching accents from Jersey to Italian without a hitch. Sleuthing for Stephanie includes a little black dress, funerals, and Bingo. And the giraffe? He’s the comic relief in this silly mystery flawlessly delivered by King with a different voice for each character—except the giraffe. Combine King’s vocal acting with Stephanie’s adventures, and you laugh through the whole audiobook. M.B.K. Winner of AudioFile Earphones Award © AudioFile 2013, Portland, Maine [Published: DECEMBER 2013]