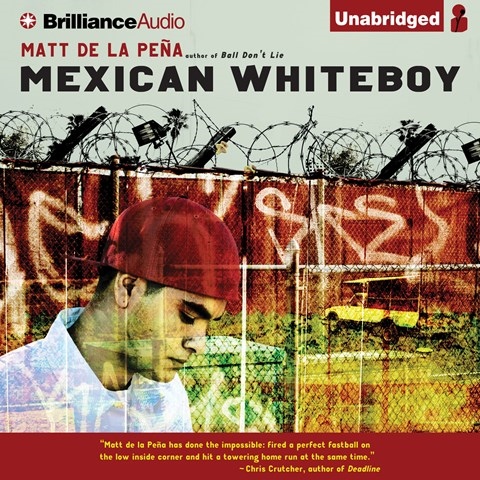 Narrator Henry Leyva introduces listeners to Danny Lopez, a 16-year-old of mixed Anglo and Mexican heritage with a great fastball. Danny has remained with relatives instead of going with his mother and her new boyfriend to San Francisco. Leyva ably voices Danny's past difficulties with fitting into the prep school he has just left and his current desire to fit into his Mexican family, even though he is lighter skinned and doesn't speak Spanish. Leyva also provides voices for the many other characters, including Danny's best friend, Uno, who is also dealing with personal struggles. Leyva's ability to differentiate male and female voices, add Spanish accents, and let listeners know what the characters are feeling will have them empathizing with Danny's desire to look past his skin. E.J.F. © AudioFile 2019, Portland, Maine [Published: NOVEMBER 2019]