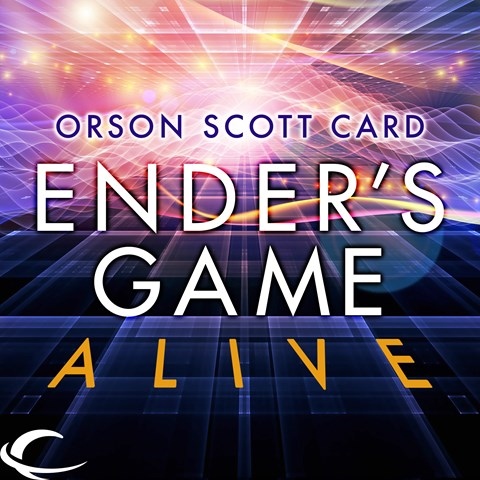 In this specially written full-cast audio adaptation, Orson Scott Card draws heavily from his novel’s original dialogue to concentrate on some of ENDER’S GAME’s most powerful moments. The adults, played with authority by Stefan Rudnicki and Samantha Eggar, are debating about how best to train a 6-year-old military genius to battle an alien insect-like race. The students, played with intensity by Emily Rankin, Roxanne Hernandez, and Janis Ian, declare their loyalty to Andrew “Ender” Wiggins, played by Kirby Heyborne. Listeners will feel surrounded by Card’s sophisticated, high-stakes universe. With a stately musical score and video-game sound effects, this “re-imagined” production sticks close to the novel while offering listeners an entertaining new way to enjoy one of science fiction’s best loved stories. B.P. 2014 Audies Finalist © AudioFile 2013, Portland, Maine [Published: NOVEMBER 2013]