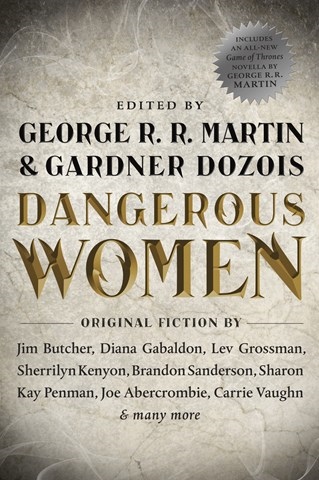 Twenty-one short stories of fiction, fantasy, historical fiction, and mystery, written by the stars of sci-fi and performed by 15 narrators, are brought together by premier anthologists Martin and Dozois. All the narrations include characterizations, accents, and dramatic flourishes. Narrating with aplomb, these veteran performers bring the short stories to life. Many of the stories are the next installment in a familiar series, a spin-off tale, or a bit of backstory. Butcher’s tale, narrated effortlessly by Emily Rankin, features Harry Dresden’s protégé; Jonathan Frakes reads Snodgrass’s terrifying space tale with deep male voices and barely audible female villains. Every story is introduced by Karen Dotrice in crisp tones. Just as the short stories vary in topic, pacing, and genre, so do the performances; some are better than others. As a whole, there’s something for everyone to disappear into. M.B.K. 2015 Audies Finalist © AudioFile 2014, Portland, Maine [Published: MARCH 2014]