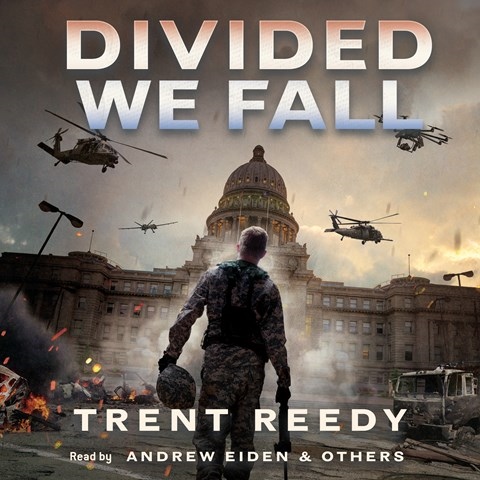 With the talented Andrew Eiden and an ensemble of other actors narrating, this novel makes the most of the audiobook format. High school senior Danny Wright’s National Guard unit is called in for crowd control at a protest in Boise, and Danny’s gun accidentally fires. Twelve people end up dead, and the state of Idaho verges on civil war with the U.S.A. Narrator Eiden’s performance is excellent as he conveys Danny’s anguish and the belligerence of the men in charge as well as a mother’s concern and a teen girl’s longing. The other voice actors are uneven in their performances. But using them to let listeners hear the “news” of the brewing civil war on radio broadcasts and in protest songs adds verisimilitude to the idea of a war fought on U.S. soil. G.D. SYNC 2014 © AudioFile 2014, Portland, Maine [Published: JUNE 2014]