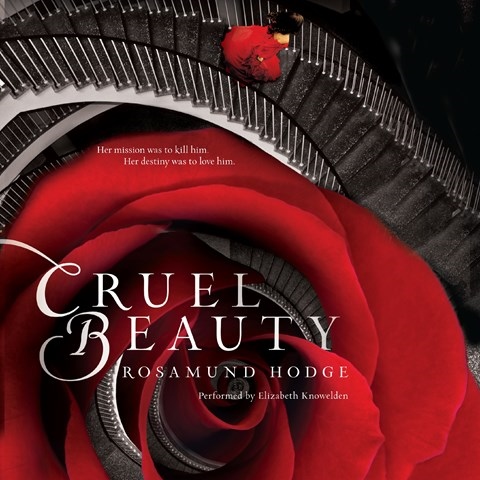 In this reimagined story of “Beauty and the Beast,” Nyx’s father has spent her whole life prepping her to marry and then sacrifice herself to destroy the Gentle Lord, the demon who rules their land. Elizabeth Knowelden narrates with an accent befitting Nyx’s education and privilege, and she uses sharp enunciation to convey Nyx’s resentment as she moves into the Gentle Lord’s castle and finds him to be different from what she expected. Knowelden’s subtle inflections add to the mystery and mood as Nyx explores her new home and builds her plans even as she grapples with her growing feelings toward the Gentle Lord and her ambivalence toward her mission. A fantasy that’s as much about self-acceptance as it is about the redemptive power of love. A.F. SYNC 2014 © AudioFile 2014, Portland, Maine [Published: APRIL 2014]