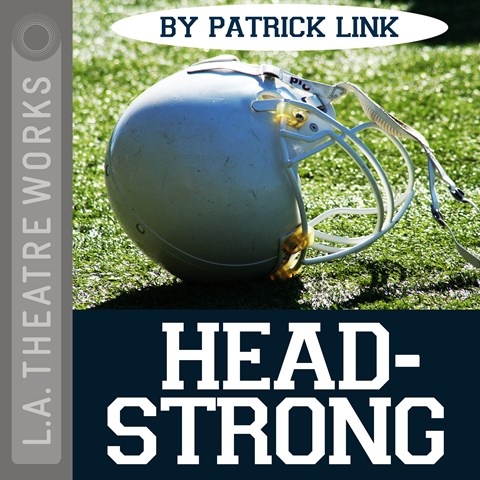 This topical L.A. Theatre Works presentation of the stage play about the effects of concussions suffered by football players captures a dual challenge: How do you study the impact that hits have on players, and can you prevent them? Veteran actor Ernie Hudson shines as the volatile, opinionated father of a woman whose football-playing husband has recently died. Scott Wolf portrays a former college player now working for a doctor, performed by Ntare Mwine, to study and prevent head injuries in football. Wolf’s character must plead with the widow to gain medical access, and his frustration comes through clearly. The book ends with an informative interview with Dr. Robert Cantu, an expert on head injuries. M.B. SYNC 2014 © AudioFile 2014, Portland, Maine [Published: MARCH 2014]