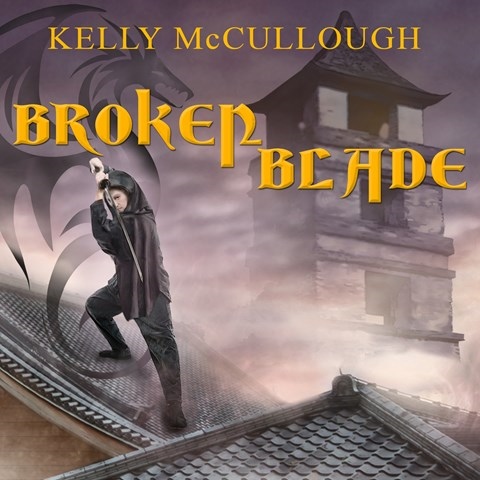 This fantasy story features Aral Kingslayer, once a Blade of Namara but no more, and his living shadow, Triss. Paul Boehmer's first-person narration has an air of precision and refinement, even when the character is downtrodden and disagreeable. As Aral turns to alcohol to nurse his broken spirit, Boehmer's portrayal still makes it obvious he's part of a sacred allegiance. His fate changes when he meets a mysterious woman who hires him to deliver a secret message. Boehmer's depiction of Maylien is less successful than that of Aral as both her laughter and vocal tone are overly dramatic. While her soft, breathy voice may be appropriate for both the time period and her royal position, it doesn't come across as believable. T.E.C. © AudioFile 2014, Portland, Maine [Published: JUNE 2014]