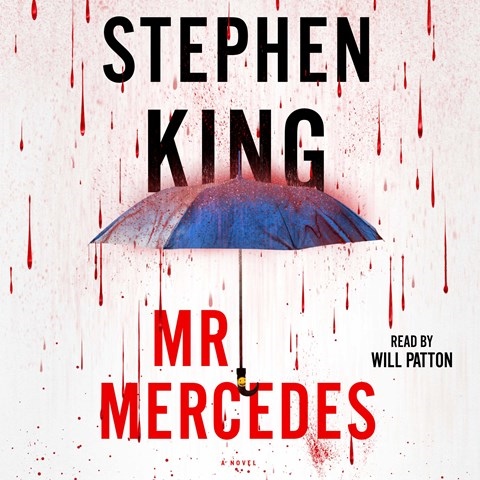 “Mr. Mercedes,” as he's been dubbed by the press, killed eight people by running them over in a large luxury car. He liked the feeling, and he wants more. Narrator Will Patton adds tension and a cinematic interpretation to this high-stakes race against time, featuring some of Stephen King’s most memorable characters in his first attempt at the hard-boiled detective genre. Patton takes long, dramatic pauses to heighten the suspense and allow the fear to play in the mind’s eye of the listener. King continues to document the horrors of everyday American life, and Patton brings those terrors to life as few narrators can. Here’s a “can’t miss” story in the best format available, the movie between your ears. R.O. Winner of AudioFile Earphones Award, 2015 Audies Finalist © AudioFile 2014, Portland, Maine [Published: JUNE 2014]