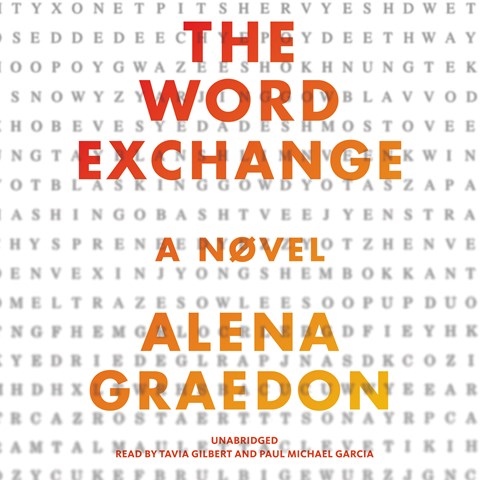 Dig out your dictionary for this chilling story of a word virus, performed flawlessly by Tavia Gilbert and Paul Michael Garcia. In 26 chapters, Gilbert and Garcia alternately narrate a journal that tells the story of technology gone awry. In emotion-laden tones Gilbert delivers Anana Johnson’s account of her search for her father, Douglas Samuel Johnson, editor of the North American Dictionary of the English Language, who has disappeared in the midst of a conspiracy to destroy language. Garcia delivers the entries of Bart, who is also on a mission to find Johnson. In a deep, steady voice, Garcia portrays Bart’s passion for Anana and life in general. Polysyllabic words, requiring dictionaries, are the norm until they’re garbled by the "word flu." This warning about dependence upon technology is performed without a hitch. M.B.K. Winner of AudioFile Earphones Award © AudioFile 2014, Portland, Maine [Published: OCTOBER 2014]