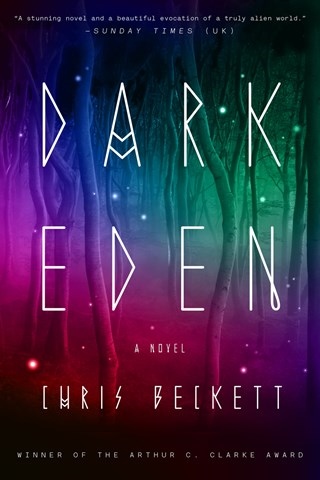 An ensemble cast delivers the compelling story of a young man who forces part of his “family” to set out and explore the strange sunless planet where they are marooned, rather than just sit and wait for help. The story is told from the points of view of different characters. Matthew Frow does a notable job as the bold John Redlantern as do the narrators who portray the members of the “Bat-face” tribe, people born with cleft palates because of generations of inbreeding. All speak with rough British accents except for the word “family,” which comes out as snide and childlike with a drawn-out “a” sound, an odd choice but one that eventually begins to sound appropriate. This production is impossible to turn off. M.S. 2015 Audies Finalist © AudioFile 2014, Portland, Maine [Published: MAY 2014]