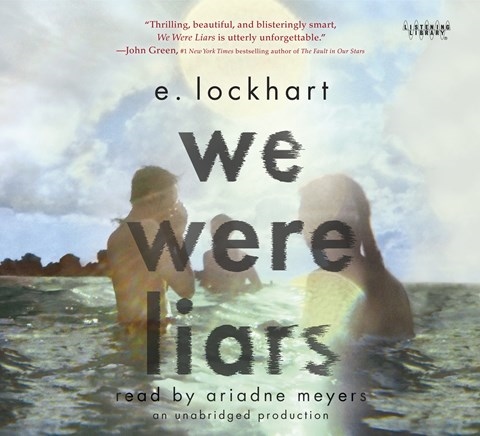 Narrator Ariadne Meyers’s tone is candid as 17-year-old Cadence Sinclair Eastman reveals ugly realities about her proud, wealthy family. She harshly judges her bigoted, manipulative mother, aunts, and grandfather from a secure position as one of the “the Liars”—the younger generation of teens who spend summers on an exclusive island. Soon Meyers reveals the opposing views of a teen named Cady. She suffers crippling headaches and is gripped by a tragedy that lurks at the edges of her unstable mind. Meyers’s expression of Cadence’s pain is raw and startling, as is the Liars’ tragic response to her unlocking of secrets. The impact of Cady’s realizations will be just as shocking to listeners, who may immediately return to Meyers’s narration of this haunting story. S.W. Winner of AudioFile Earphones Award © AudioFile 2014, Portland, Maine [Published: MAY 2014]