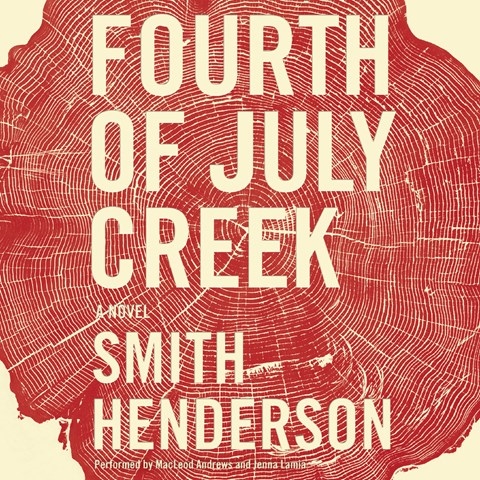 MacLeod Andrews narrates this dark, intense exploration of love and disenchantment in a low conversational tone. During the Reagan era, Pete Snow, a dedicated social worker, is just trying to help children and their dysfunctional families in remote areas of Montana. Andrews’s voices for male characters, such as Jeremiah Pearl and his son, are enhanced by his empathic tones and consistent volumes. Henderson’s lyrical prose is also lovingly delivered by Jenna Lamia, who gives empathy to her characterization of Pete’s daughter, Rachel. The setting is bleak, and the characters are flawed, yet the story is unforgettable. Daily struggles and unintended consequences are featured, and listeners will grow to care about the characters whose lives seem to have little joy in store for them. S.C.A. Winner of AudioFile Earphones Award © AudioFile 2014, Portland, Maine [Published: AUGUST 2014]