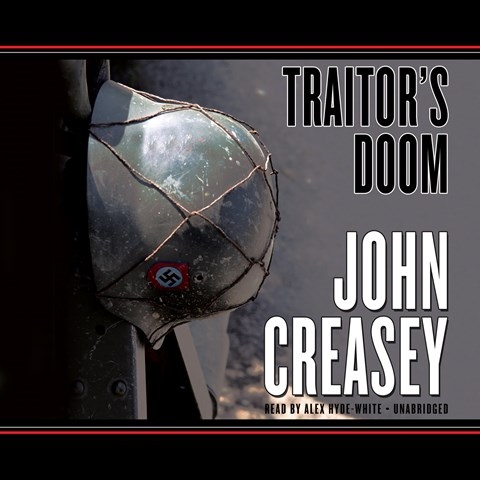 Between 1942 and 1979, award-winning author John Creasey wrote 34 Dr. Palfrey novels. Narrator Alex Hyde-White does a splendid job with Palfrey’s first outing, and series fans will welcome the chance to hear their favorite characters come to life on audio. Several European countries are experiencing a concerted effort by German spies to undermine their resolve to remain neutral. Palfrey and his associates must uncover the nest of agents of the Third Reich and thwart their mission. Hyde-White’s understated yet spot-on performance offers a full complement of voices that flesh out Palfrey, the members of the "Rescue Squad," and other assorted personalities including Nazi and British agents. Fans of intelligent spy fiction will find great satisfaction listening to Hyde-White’s top-notch interpretation of Creasey’s classic mystery. S.J.H. © AudioFile 2015, Portland, Maine [Published: MARCH 2015]