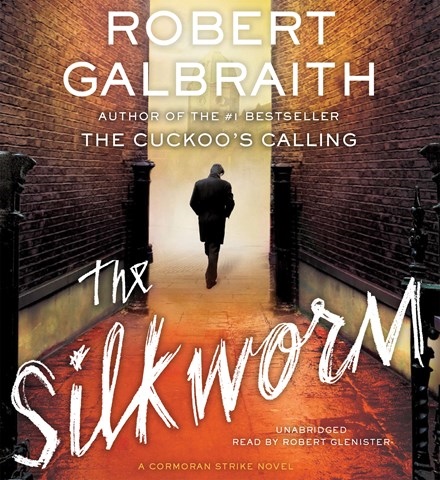 This is a wonderful listen! Once again, talented narrator Robert Glenister brings detective Cormoran Strike from the printed page to full life in this second crime novel by J.K. Rowling writing as Robert Galbraith. Glenister captures the likable but flawed Strike with a voice as gritty and heavily accented as London's North End. Yet he transitions easily to more refined accents and softer tones to convincingly portray all the memorable characters in this mystery featuring London's cutthroat publishing world. Just as the author can create a scene with a few perfectly chosen words, Glenister gives each character a distinct voice by merely varying tone and pace. Fans of Rowling's previous works and listeners who simply like a good mystery will be hoping Rowling and Glenister continue their partnership. M.O.B. Winner of AudioFile Earphones Award, 2015 Audies Winner © AudioFile 2014, Portland, Maine [Published: JULY 2014]