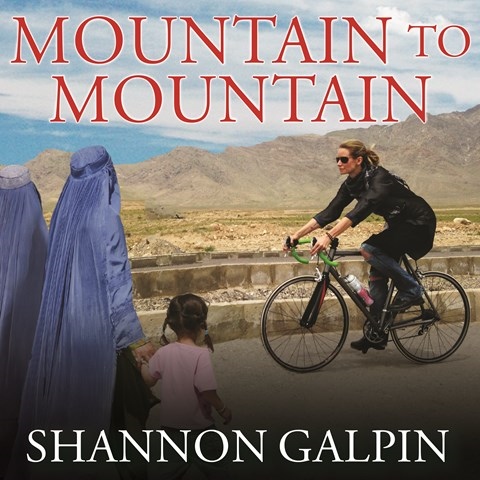 Shannon Galpin is earnest about her work in Afghanistan with nonprofits aimed at improving the lives of women and girls, but she also finds joyful release when riding her motorcycle or mountain bike across the country. Emily Woo Zeller recounts Galpin's two endeavors in her lovely clear voice, which wears an audible grin when Galpin goes flying down the hill with her hair in a scarf and wearing long pants--girls don't ride bikes here. Zeller's sensitivity is perceptible as Galpin describes being raped in Minneapolis as a teenager and chafing at the injustice of being criticized for leaving her daughter behind to work in a dangerous country when a father would be excused or even heralded. Zeller zips over the Afghani names without hesitation as well as renders the astonishing beauty of the landscape. A.B. © AudioFile 2015, Portland, Maine [Published: FEBRUARY 2015]