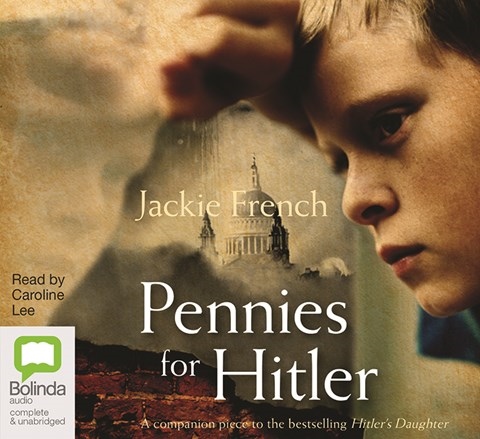 Narrator Humphrey Bower brings Georg Mark’s childhood in Nazi Germany to life with precise German accents and phrases. As Georg becomes George to escape Nazi persecution, first in England and later in Australia, Bower presents realistic characterizations with English and Australian accents. The voices Bower creates for Georg’s Australian foster family, the Peaslakes, make them a memorable example of the indomitable will of ordinary citizens in wartime. Steady, appealing narration enhances this slowly building story of home and identity. Bower’s ability to capture the history and setting of Georg’s story makes French’s novel ideal for use in school as well as for general reading. C.A. Winner of AudioFile Earphones Award © AudioFile 2015, Portland, Maine [Published: JANUARY 2015]