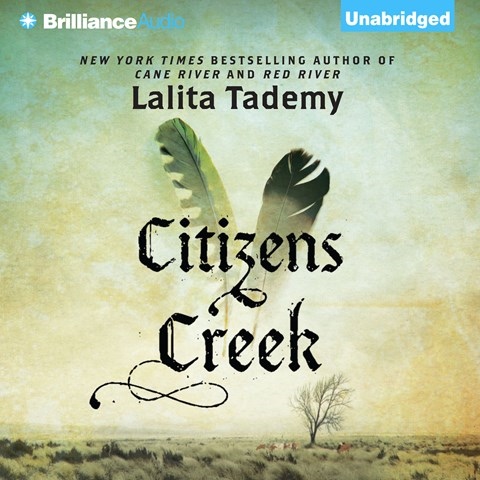 Two narrators tell a story that spans four generations and a little known chapter in American history. Told in two parts, the book recounts the fictionalized story of the real-life Cow Tom, who was born into slavery in Alabama in 1810 and sold to a Creek Indian chief before the age of 10, and who eventually became the first black chief of the Creek tribe. The other part of the story involves his granddaughter, Rose, who continues his battle for civil rights. JD Jackson, telling Tom’s story, and Bahni Turpin, relating Rose’s, both deliver exquisite performances that immerse the listener in the characters. Jackson’s careful diction adds emotional power to his portrayal of Cow Tom. Turpin paces Rose’s story in a way that highlights the struggles and triumphs of an amazing, resilient family. N.E.M. Winner of AudioFile Earphones Award, 2016 Audies Finalist © AudioFile 2014, Portland, Maine [Published: NOVEMBER 2014]