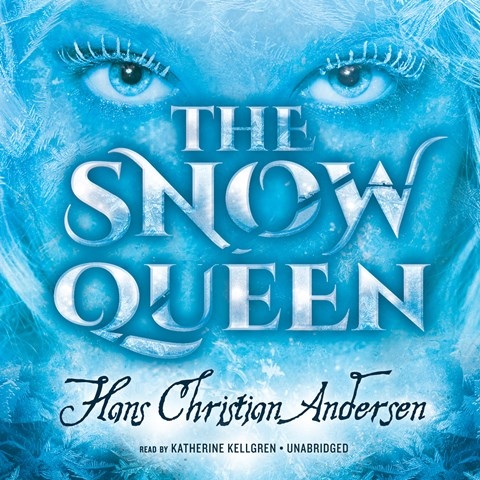 Katherine Kellgren's performance wrings all of the emotion and suspense from Andersen's classic tale of friendship, innocence, wickedness, and despair. In a large, crowded town, two children become as brother and sister. When Kai is struck by a shard of magical glass, his heart turns to ice, and he's captured by the evil Snow Queen. His loving playmate, Gerda, risks everything to rescue her companion, meeting a host of strange characters on the way to the Snow Queen's palace. Kellgren becomes the restrained storyteller, an old witch, talking crows, and more as she spins Andersen's iconic story to its happy conclusion. Those who have been engaged by the alternative retellings of the past few years will be newly enchanted by the original. S.G. Winner of AudioFile Earphones Award © AudioFile 2015, Portland, Maine [Published: FEBRUARY 2015]