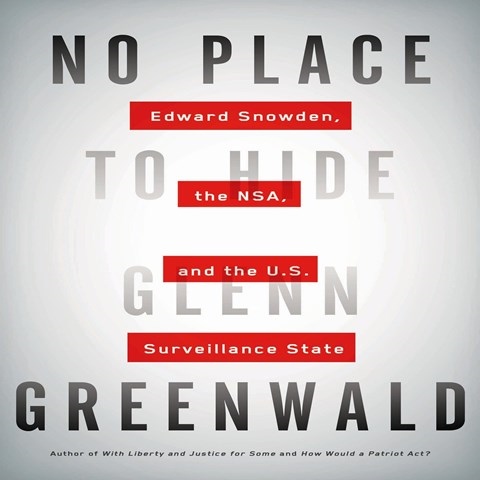 NO PLACE TO HIDE Edward Snowden, the NSA, and the U.S. Surveillance State

Narrator L.J. Ganser takes on Greenwald's prose as the reporter recounts his interactions with Edward Snowden, breaking the story on the NSA's illegal actions against Americans, and the political aftermath that followed--for him and for Snowden. The audiobook is best when Greenwald recounts what happened and why. It falls short during the middle section, which focuses on various documents and their details. Eventually, it becomes monotonous, due to the naming conventions and legalese, which listeners cannot simply skim over. In an authoritative voice, Ganser captures the tone of concern that emanates from Greenwald's account. He provides good rhythm and emphasis, particularly around the more challenging passages. L.E. [Published: DECEMBER 2014]