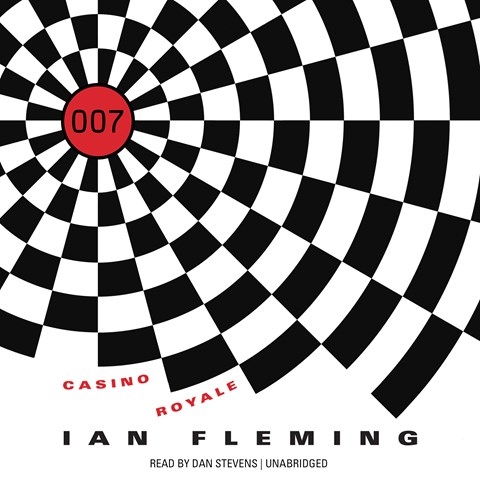 Released in 1953, this is the first Ian Fleming novel featuring secret agent James Bond. Narrator Dan Stevens, of “Downton Abbey” fame, perfectly captures the joie de vivre of Bond and, even more important, his humanity. While images of Sean Connery are inescapable, Stevens creates his own version of the secret agent as a young Bond is ordered to bankrupt a high-ranking Russian spy called “Le Chiffre” at the baccarat table of the famed European casino. The frequent use of French is sometimes annoying but can be ignored for the sake of the story. And what Bond book would be complete without a woman? The femme fatale in this work is one of the more fully realized women in the Bond series and has surprises of her own. M.S. © AudioFile 2014, Portland, Maine [Published: OCTOBER 2014]