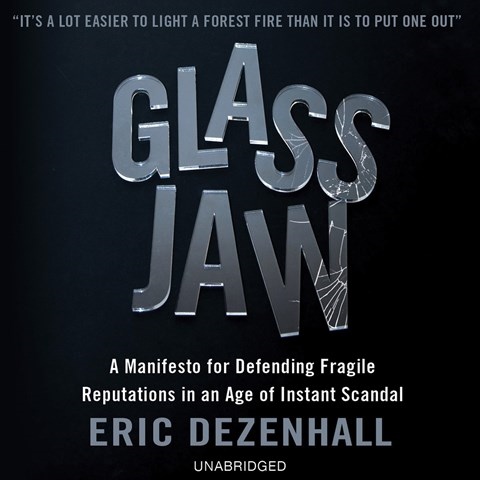 The author's 30-plus years in crisis management give this audiobook momentum and the unmistakable ring of truth. Narrator Kevin Stillwell magnifies listening satisfaction with an appealing everyman voice and sensitivity to the book's drama and nuance. With believable vocal emotions, he modulates his tone without calling attention to his skill in doing so. The stories of people and organizations who have lost their way are part of the book's voyeuristic appeal. It's enlightening to hear the author's takedown of myths and clichés about managing negative information. Preferring prevention to damage control, he says today's instant and anonymous communication makes the weak strong and the strong powerless once bad news becomes common knowledge. This is an audio everyone in public life should hear. T.W. Winner of AudioFile Earphones Award © AudioFile 2017, Portland, Maine [Published: JULY 2017]