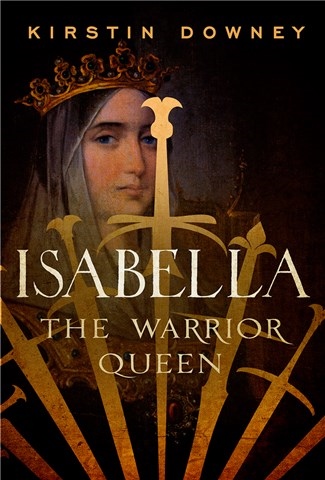 Controversial, powerful, and insightful, Isabella of Spain, the Warrior Queen, was inspired as a child by women of strength and surpassed even her own dreams. Narrator Kimberly Farr adds strength to this fascinating history of an extraordinary ruler. Farr provides pace and clarity as she describes Isabella's struggles with males--a difficult brother and Ferdinand, her fiery husband--as she rose above them in stature. While Isabella has been underestimated over time, the author reminds listeners of her vast accomplishments: Her sponsorship of Columbus's exploration, establishment of Spanish control over most of the New World by way of partnerships with Pope Alexander VI and the Borgias, brilliant strategy to bring Muslims and Christians together, unifying influence over millions of Catholics, and ability to ward off invaders. Farr's performance provides an elegance and poise that are appropriate for Isabella's biography. B.J.P. © AudioFile 2015, Portland, Maine [Published: NOVEMBER 2015]