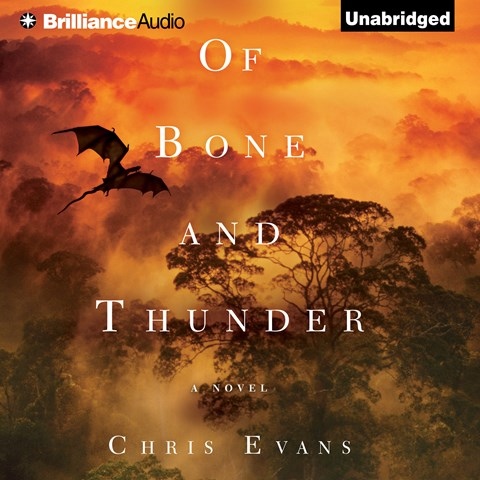 OF BONE AND THUNDER

Narrator Todd Haberkorn skillfully rises to the challenge of voicing this riveting allegory of the Vietnam War, set against a sword-and-sorcery backdrop. The narrative tells of the futile efforts by the Kingdom's ground forces to conquer “the slits,” who have been waging a guerilla war from a dense jungle. The unsuccessful campaign has led to disillusionment and drug use, as well as racial prejudice, among the king's men. This story is more military history than fantasy, despite the dragons and magic. Through his fluid use of accents, Haberkorn creates dozens of distinctive male characters who populate the king's forces, no mean feat. His skill is essential for the listener as the action shifts rapidly from one military division to another. Haberkorn's mastery makes this lengthy production fly by. D.E.M. Winner of AudioFile Earphones Award © AudioFile 2015, Portland, Maine [Published: MAY 2015]