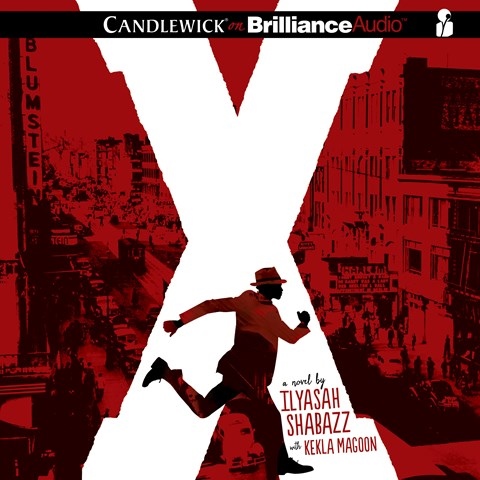 Depicting the formative years of Malcolm X, narrator Dion Graham captures the great humanity of the civil rights leader who is most known for his angry, confrontational style. Hooking listeners with his dynamic rendition of the opening scene, Graham portrays Malcolm on the run in Harlem, and then moves deftly between the bravado of his teen years and the vulnerability of his childhood in periodic flashbacks. As the text portrays Malcolm’s keen intelligence as well as the insecurity and pain that drive him, Graham delivers a sensitive performance that keeps the time shifts clear and gives vibrancy to the large cast of characters. The production concludes with historical notes as well as an afterword read by coauthor Ilyasah Shabazz, Malcolm X’s daughter. A gripping, moving, and illuminating production. A.F. Winner of AudioFile Earphones Award, SYNC 2015, 2016 Audies Finalist © AudioFile 2015, Portland, Maine [Published: JANUARY 2015]