Home»Reviews»BRAZIL'S DANCE WITH THE DEVIL 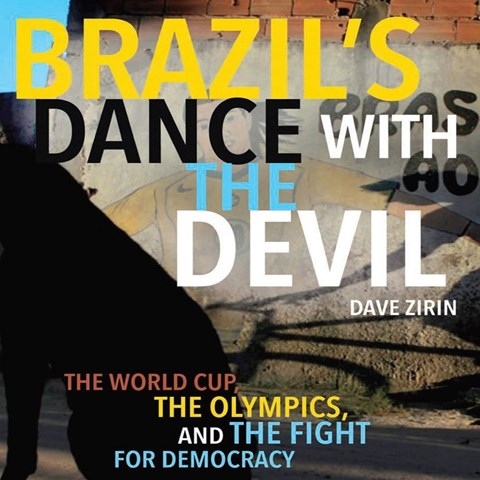 BRAZIL'S DANCE WITH THE DEVIL The World Cup, the Olympics, and the Fight for Democracy

Alex Hyde-White narrates as Zirin examines sports in Brazil, a world in which politics, economics, and exploitation intersect. Hyde-White's voice balances the admiration and frustration that is ever present in Zirin's prose. He manages quite well at shifting vocal gears from Zirin's conversations with locals to the legalese of various documents and the quotes of enraged citizens while also capturing Zirin's fondness for the people of Brazil. Zirin posits that major sporting events like the World Cup and the Olympics are acting as "neoliberal Trojan horses" by taking wealth from the public and putting it into private hands. His prose, well articulated on its own, gains energy and emotion as delivered by Hyde-White. L.E. © AudioFile 2015, Portland, Maine [Published: FEBRUARY 2015]