Home»Reviews»THE WAR THAT SAVED MY LIFE 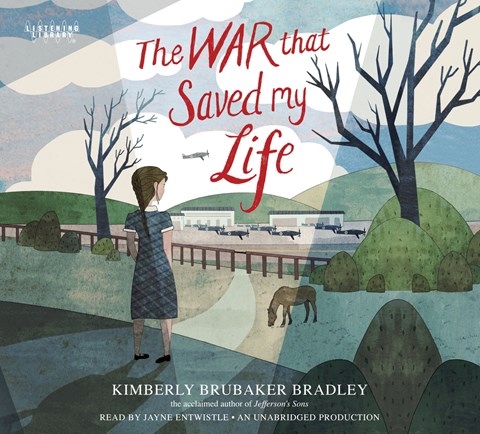 THE WAR THAT SAVED MY LIFE

Jayne Entwistle's narration enhances this bittersweet story of two poor children from London during WWII. Ten-year-old Ada has an untreated clubfoot and has never left home because her mother is ashamed of her disability. Nonetheless, when Ada realizes her precious younger brother, Jamie, is leaving London to escape the bombing, she decides to follow him. Entwistle movingly captures the children's sweet naïveté as well as their abusive mother's brutality. She deftly portrays country dweller Susan Smith, who is at first reluctant to take in the children. Along with a touching story, listeners will be rewarded with a fascinating history from the perspective of kids who lived through the war. With her skillful presentation of true-to-life characters, Entwistle's narration is totally compelling. S.G.B. Winner of AudioFile Earphones Award, 2016 Odyssey Award, 2016 ALA Youth Media Award © AudioFile 2015, Portland, Maine [Published: JANUARY 2015]