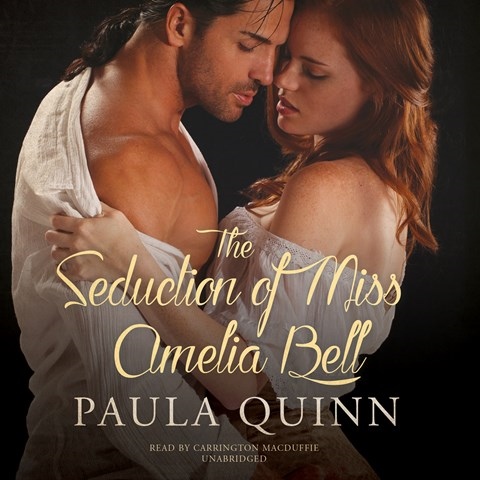 Narrator Carrington MacDuffie navigates the humor and high-stakes intrigue of this first Highland Heirs romance. Edmund MacGregor would do anything to save his adopted homeland from English rule, even kidnap the fiancée of the Chancellor of Scotland. Edmund’s resentment and determination are clear from the first volatile scene of this story, and the growing bond between him and the feisty, hapless Amelia is skillfully captured. MacDuffie enhances their forbidden romance and heightens the dread over their inevitable separation. Though her accents are often stilted, MacDuffie does a remarkable job distinguishing between each of the many characters in this historic adventure and is especially adept at capturing the camaraderie between the band of bold Scots heroes at its center. B.E.K. © AudioFile 2015, Portland, Maine [Published: FEBRUARY 2015]