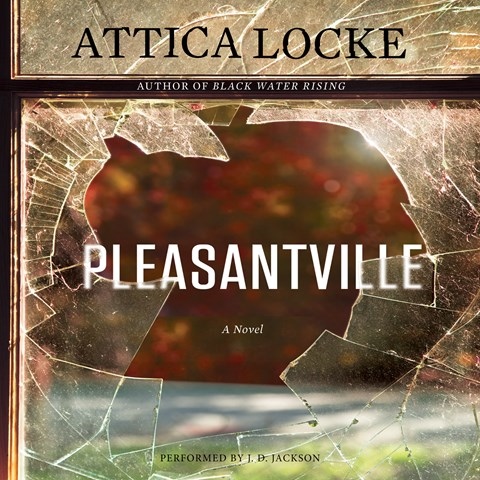 There's so much going on in Pleasantville, a Houston neighborhood built for African-Americans after WWII--murder, kidnapping, and most of all politics, specifically the election of the city's first black mayor. JD Jackson's narration is so solid and organized that listeners get the complete picture, despite the many distractions. A teenage girl turns up missing a short time before the election, and ultimately her murder becomes a political football. Attorney Jay Porter, hero of BLACK WATER RISING, is back to defend a candidate's son who is charged with the killing. There are a multitude of accents throughout this thriller, and Jackson handles them with precision. He makes Porter a star in the inevitable murder trial, and his narration picks up speed in the latter part of the story. A.L.H. © AudioFile 2015, Portland, Maine [Published: JUNE 2015]