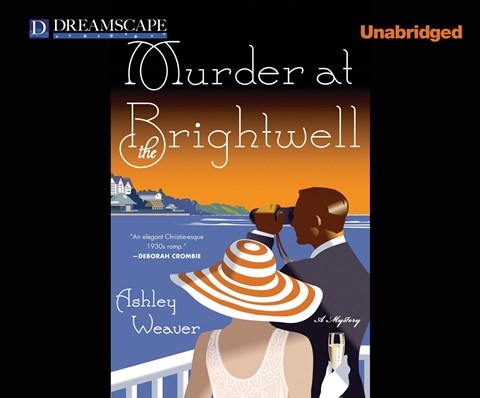 MURDER AT THE BRIGHTWELL

Unhappily married Amory Ames seeks solace from an old flame at her sister's wedding, held at an English seaside hotel called Brightwell. When the groom is murdered, narrator Billie Fulford-Brown turns up the action, capturing the tension felt by the quirky guests, all suspects, as they're interrogated. Fulford-Brown paints vivid images of each character. She effectively portrays Amory's emotional struggle with her old flame, and especially charming is her interpretation of Amory's witty playboy husband--who is very Cary Grant. Eccentric suspects, a man falsely accused, and a husband-and-wife sleuth team in search of a killer make for an engaging story told by a skilled narrator. B.J.P. © AudioFile 2015, Portland, Maine [Published: NOVEMBER 2015]