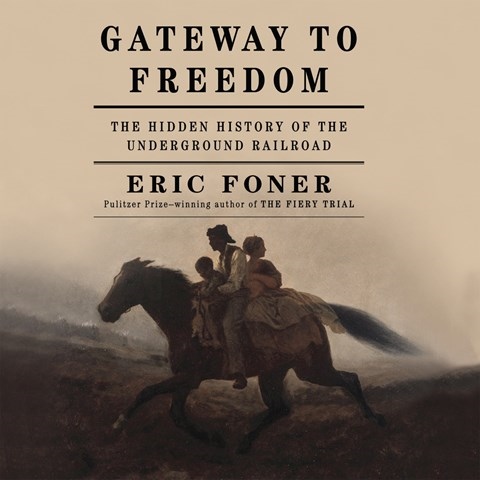 GATEWAY TO FREEDOM The Hidden History of the Underground Railroad

JD Jackson offers a solid, easy-on-the-ears narration of this reexamination of the Underground Railroad. Jackson takes an almost professorial-sounding approach in his tone and cadence. But he’s by no means pedantic. He varies both the pitch of his voice and the pacing to fit the material as well as adds emotion where appropriate. For direct quotes, he pauses just before he reads the quotation, giving the listener clear audible cues about the content. He wisely doesn't try to give speakers unique vocal characterizations as the quotations often are too short for such a technique to be effective. This book is more scholarly than action filled, and Jackson's reading makes it easy to follow. R.C.G. Winner of AudioFile Earphones Award © AudioFile 2015, Portland, Maine [Published: JANUARY 2015]