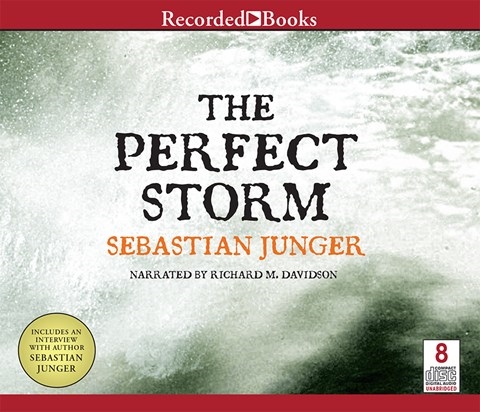 THE PERFECT STORM A True Story of Men Against the Sea

This classic audiobook, reimagined on film in the late 1990s, tells the story of two storms that combine off the Atlantic Coast to form one monster gale, and its catastrophic effect on one fishing ship. Narrator Richard M. Davidson's deep, authoritative voice effectively captures the book's mood, and his diction and tone allow listeners to easily follow all of the action. He alters his voice slightly to denote dialogue but doesn't commit to full-fledged characters. His tone, however, is a little too hard, and he tends to approach some words and phrases too emphatically, making the book sound like a hard-boiled detective story instead of a tragic tale of human loss. R.I.G. SYNC 2015 © AudioFile 2015, Portland, Maine [Published: MARCH 2015]