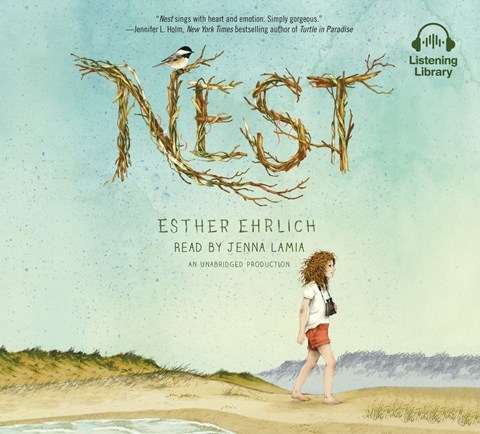 Narrator Jenna Lamia emphasizes sixth-grader Chirp's eagerness and naïveté as her concerns turn from spotting a red-throated loon to coping with her mother's recent diagnosis of multiple sclerosis. Lamia captures the flat exhaustion in Chirp's mother's voice, the strain in her father's, and the fluctuating emotions in her teenage sister's. The story's Cape Cod setting provides opportunities to create vivid voices for the tight-knit group of locals, including a few Boston accents for regional flair. Lamia's vivid performance contributes to the characterizations, particularly Chirp's emotional journey, without sacrificing intimacy. Set in the early 1970s, this is technically historical fiction, but it will appeal to any listener who enjoys realistic portrayals of family life. A.F. © AudioFile 2015, Portland, Maine [Published: MAY 2015]