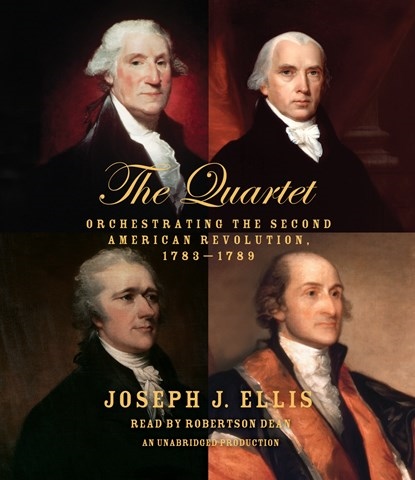 This audiobook details the events of one of the most forgotten decades in American history. The Revolution that came before the 1780s and the Constitution that came at the end of that decade are deservedly well chronicled--but what of the key era in between, which shaped who we are as a nation? Listen and marvel as we learn more about the genius of Washington, Hamilton, Madison, and John Jay. Robertson Dean's deliberate, authoritative voice lends this work an air of importance that is both compelling and accessible. The potentially dry story is an adventure as told by the masterful Ellis, and Dean propels it forward with a lively pace and impeccable diction. It's good history at its best. R.I.G. © AudioFile 2015, Portland, Maine [Published: MAY 2015]