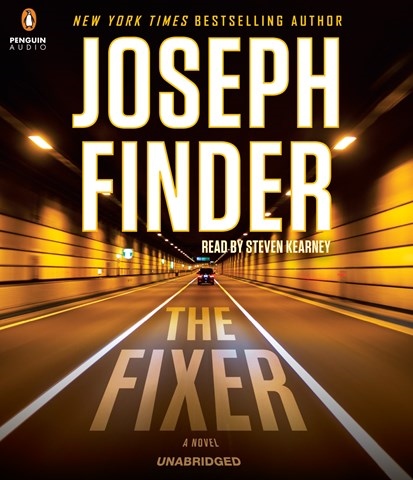 Steven Kearney narrates his second Finder novel, a somewhat predictable thriller with a trademark finance angle and a Boston setting. Rick Hoffman, a journalist who is down on his luck, discovers $3.4 million that his infirmed father hid in the family home. Kearney delivers an array of realistic accents--Bostonian, Hispanic, Irish--and his voices stay true to the respective characters and genders. Occasionally, he completely misses the atmosphere of an event; for example, his response to a mobster holding a knife to Rick's throat seems trite and unconvincing. But when Rick's high school sweetheart is explaining her new nonprofit or when Rick hears an intruder in his home, Kearney is spot-on. Overall, he's convincing as Rick struggles to stay ahead of the mobsters pursuing him and the money. M.L.R. © AudioFile 2015, Portland, Maine [Published: JULY 2015]